We're delighted to announce that The Last Belle will be screening at the Flickers: Rhode Island International Film Festival, which runs between August 7th to 12th . More info to come... in the meantime here is their website.
Posted by Neil Boyle at 16:06 No comments: 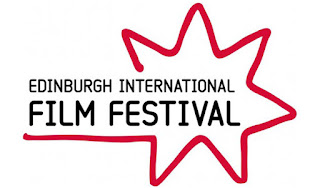 The Last Belle will be screening at the Edinburgh International Film Festival, where it has been nominated for the Award for Best Film in the Britsh Short Film Competition. The screening is on the 25th June and more information can be found HERE.

I will also be appearing at the festival as part of a panel event called 'Running Out of Film', where we will be discussing the impact of digital technologies on the animation process, and looking at contemporary and traditional techniques. Really looking forward to this... and nice to see they've used a still of Roy Naisbitt working on a piece of Last Belle background artwork - I haven't seen this pic before but I think it was taken by Fraser Maclean, author of the wonderful 'Setting The Scene' layout book. I believe Fraser will be on the panel in Edinburgh too, as well as the makers of the recent festival favourite 'The Making of Longbird'. More info on this event HERE.
Posted by Neil Boyle at 14:57 4 comments: