Between 1996 and 2000 The Last Belle production was housed in a studio at the delightfully named Wardrobe Place. 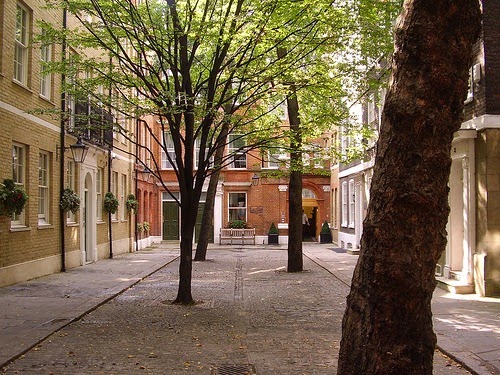 It's an utterly secluded little courtyard, and despite being within a two minute walk of St Paul's Cathedral, it's unknown to most Londoners, hidden away as it is behind an dull little tunnel. Inside house number 2 (which came complete with a standard London ghost - never seen by me but spotted occasionally by others) we drew, painted and shot quite a fair chunk of The Last Belle.

It was a fantastic place to come to work every morning. From my top floor room I could stretch my eyes over the rooftops opposite to the dome of St Paul's Cathedral; working late into the night I would be kept company by the chiming bells echoing around the moonlit courtyard walls. It was a pretty Dickensian existence, only with electricity, running hot water, and a 35mm rostrum camera in the basement.


Sticking to my rule that every location in The Last Belle must be based on a real place (for new readers to this blog there's more on locations Here and Also Here), I snuck our studio building into the film, whizzing past in the background during a fast camera pan: 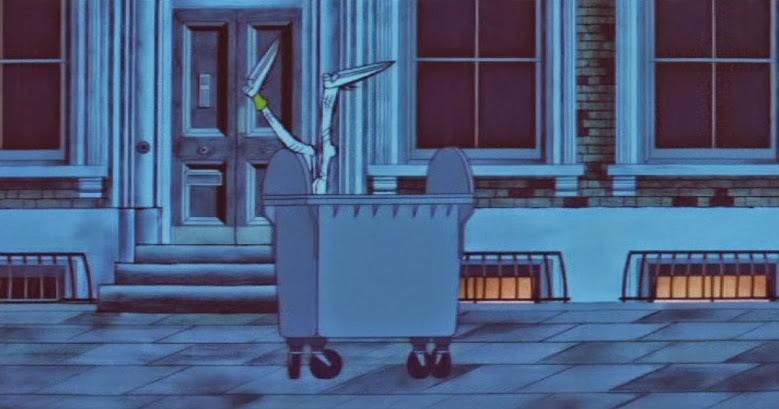 I was adamant the right-hand basement windows must be lit up for this night-time shot. The reason? Because it was behind these windows that our rostrum camera was tucked away. As a tip-of-the-hat to our brilliant cameraman John Leatherbarrow I made sure the camera room windows were blazing away in honour of the many late nights he put in painstakingly photographing our artwork one frame at a time.

Each time this shot flies by it reminds me what an amazing job John did - indeed, what an amazing job the whole crew did. We had absolutely no money to play with, but even if I'd been given a million pounds I couldn't have gathered a more talented bunch of artists.

Thank you all! And please switch off the lights when you leave.