If Desks Could Tell Stories...

After weeks of 'spring cleaning' my studio space is finally clear... 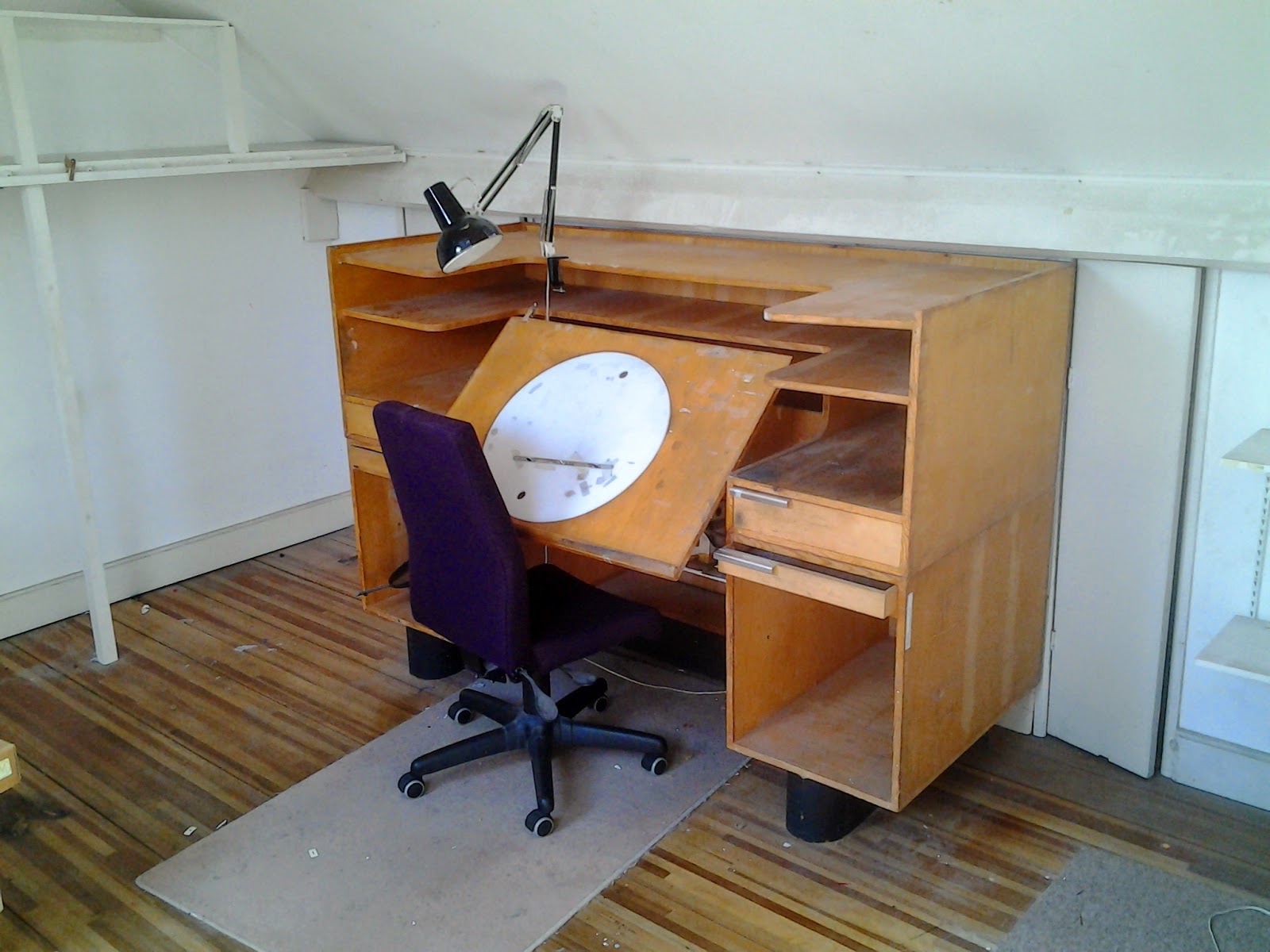 ﻿
Entirely barren in fact, apart from a few kilos of dust. I am moving out of this work space and on to pastures new. But the drawing desk is coming with me. This is the desk (same desk - different studio space) where I first sat down in October 1996 to produce the first of 35,000 drawings for The Last Belle. This is the desk at which 95% of my work on The Last Belle was laid out, drawn, redrawn, erased, thrown in the bin and rescued from the bin. I've sat at this desk squinting at drawings, yelling in frustration at drawings and laughing at drawings (is it slightly embarrassing to admit to laughing at your own drawings now and again?) This desk has seen me sit at it all day and sometimes all night, both clean cut and unshaven, both elated and despairing, and on one occasion almost entirely naked (long story).

In short, we've been through a lot together.

But for a short while - between moving from my old studio space to my most recent studio space - my beloved desk had to go into storage. For an agonising few months I had to go without the perfectly tilted drawing board, the ergonomically designed shelving, and the exquisitely placed shallow pencil drawers. Instead, for the duration, I had sit on a bench (far too low) at my girlfriend's kitchen table (far too high). My 'drawing board' was a jagged 'L' shaped offcut of perspex (far too thin, so it wobbled) propped up against two piles of magazines (far too unstable) with an anglepoise lamp (far too hot) shining up behind it. It was in this makeshift torture chamber I animated this scene: 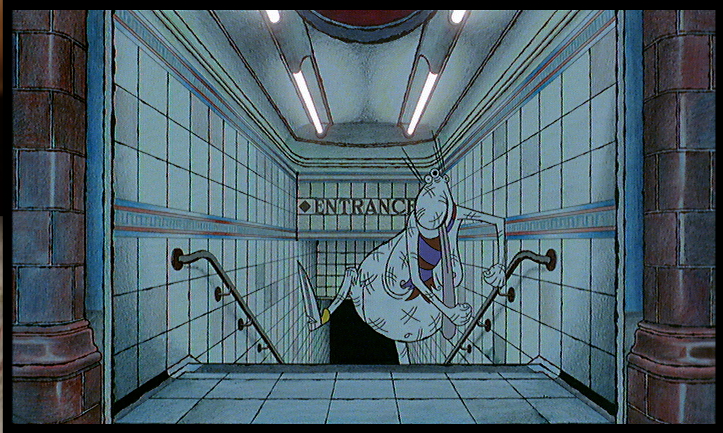 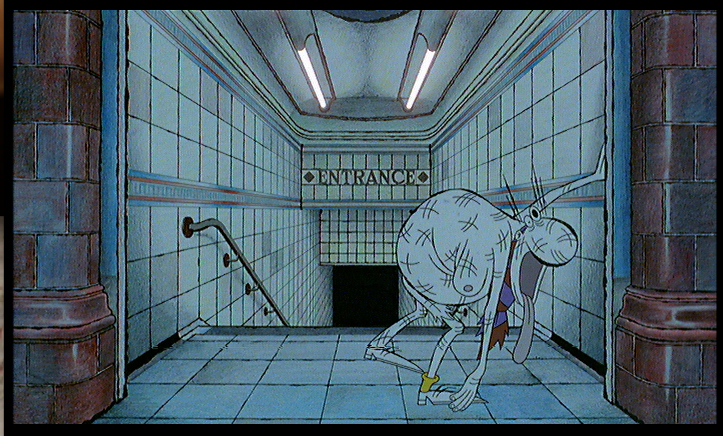 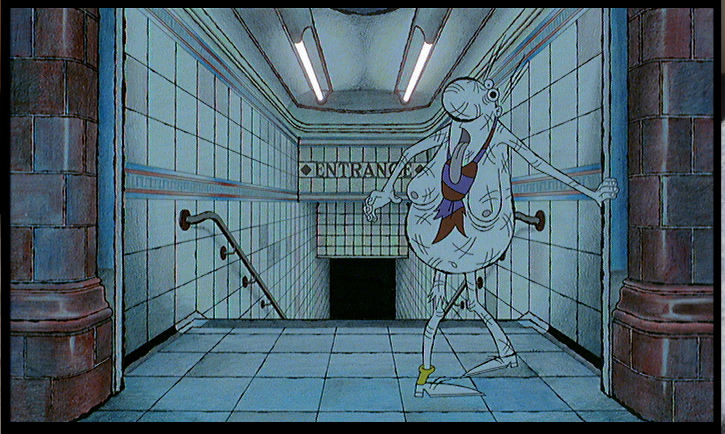 And here's the funny thing: when The Last Belle was finally finished and cut together, this scene - born in complete agony and discomfort, and without the aid of my beloved drawing desk - leapt out as my absolute personal favourite.

There's probably some profound philosophical insight I should be able to gain from this... but I'm buggered if I can figure out what it is.
﻿
﻿
Posted by Neil Boyle at 13:44 1 comment: 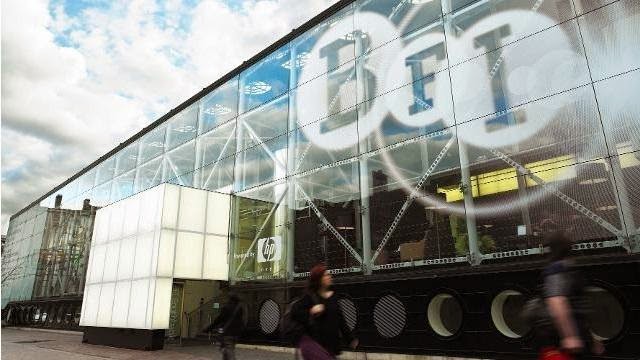 A wonderful afternoon was spent last Sunday at the British Film Institute, watching the first ever UK screening of the assembly cut of 'The Thief and the Cobbler', digitally restored and archived by the Academy of Motion Picture Arts and Sciences. The print is a copy of how the famously 'unfinished' film stood on a single day in May 1992, when production was shut down by Warner Bros and the Completion Bond Company: a mixture of finished full colour footage, line tests, storyboards, 'missing scene' captions, final music, temp music, and the original character voices. It's an insight into what the final film might have been, but also an insight into how an animated film is constructed, the very workings of its birth.

It is 22 years since I saw any of that footage up on the big screen, and it brought back a flood of memories. Despite the struggle I remember going through on some of those shots, it all sailed past effortlessly on the screen - which hopefully means we got it right!

Considering the sad fate that befell the film, the event was an actually a very happy and uplifting day. As Richard Williams pointed out after the screening, the legendary animation artists who worked over so many years on this film - many of them now long dead - would have loved the audience reaction to their work, the laughter, the engagement with this intricate hand-crafted world shining up on the screen. Thanks to this preservation print, The Thief and the Cobbler is now no longer simply a film, or even an unfinished film, but a unique preservation of a craft, and its craftspeople, captured in time.

Here are some pictures from the post-screening reception, all taken by 'Thief' FX animator Simon Maddocks (with thanks):