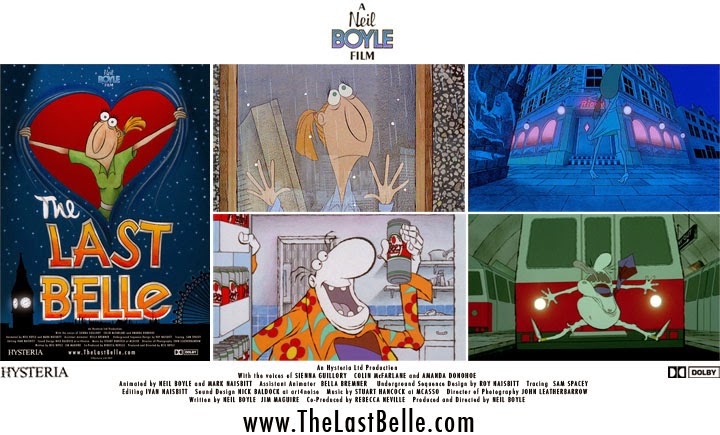 What an amazing two weeks this has been for The Last Belle! Since arriving on YouTube we have had over 25,000 views, more than 800 'Likes', and a huge number of amazingly supportive comments posted underneath. Lovely stuff written by the followers of Cartoon Brew too, and a quick search of the internet (embarrassed to admit it, but we all do it don't we..?) has turned up more happy sentiments in English, French, Russian and a host of languages - for which I am eternally grateful to Google Translate.

So, to all of you out there, from me - and all of us at Last Belle HQ - Thank You for taking the time to support the film and to leave your thoughts. It is truly one of the happiest responses I have had to anything I have helped create.

Thanks too to the many lengthier private emails people have taken the time to write - I hope I have managed to respond to you all. There are questions still to be answered: will the film be released onto DVD? Will the soundtrack be released? Will original cels become available? I hope the answer to all these will eventually be 'Yes', but stay tuned to this blog for more details as they develop...

But the thing I have felt happiest about these past two weeks is not so much to do with The Last Belle itself, but the number of people who have written saying that watching our film has helped inspire them to start their own short film, or has reinspired them to finish off a project that has stalled. Some of you will have read an earlier blog entry I made encouraging people to dive in at the deep end and get going with a short film project; it is a process that is exciting, terrifying, educational, frustrating, satisfying, often tedious, sometimes exhilarating, and for which - regardless of how large or small your vision - you will never have enough money to 'do it properly'. In other words, filmmaking is as capricious as Life itself. And every once in a while it can have a happy ending too, as these past two weeks have demonstrated to me.

Thank you all again for your support, and if you can stand it please continue Posting, Facebooking, Tweeting and Linking so we can get the film out there to as many people as possible. In the meantime I will continue to burble away on this blog, with more behind-the-scenes stuff, bits of artwork found stuck behind a drawer, and the occasional good-natured rant.

Behind The Scenes... The Simpsons

As you'll see from the edit below, I was asked to remove my original posting about The Simpsons by the production company that produced the sequence. Sadly, they have since liquidated, thus freeing me up to repost my behind -the-scenes account, and pictures, of this fun job. You can find it HERE!

Unfortunately, I have been requested to remove this posting, which celebrated the behind-the-scenes work of the hugely talented crew that created the latest Simpsons 'couch gag'.

So my apologies if you have come here hoping to find that.

But while you are here please feel free to wander through earlier postings - and stay tuned for future updates - regarding The Last Belle, where I will continue to discuss, celebrate and admire the work of the hugely talented individuals who bring such projects to life. 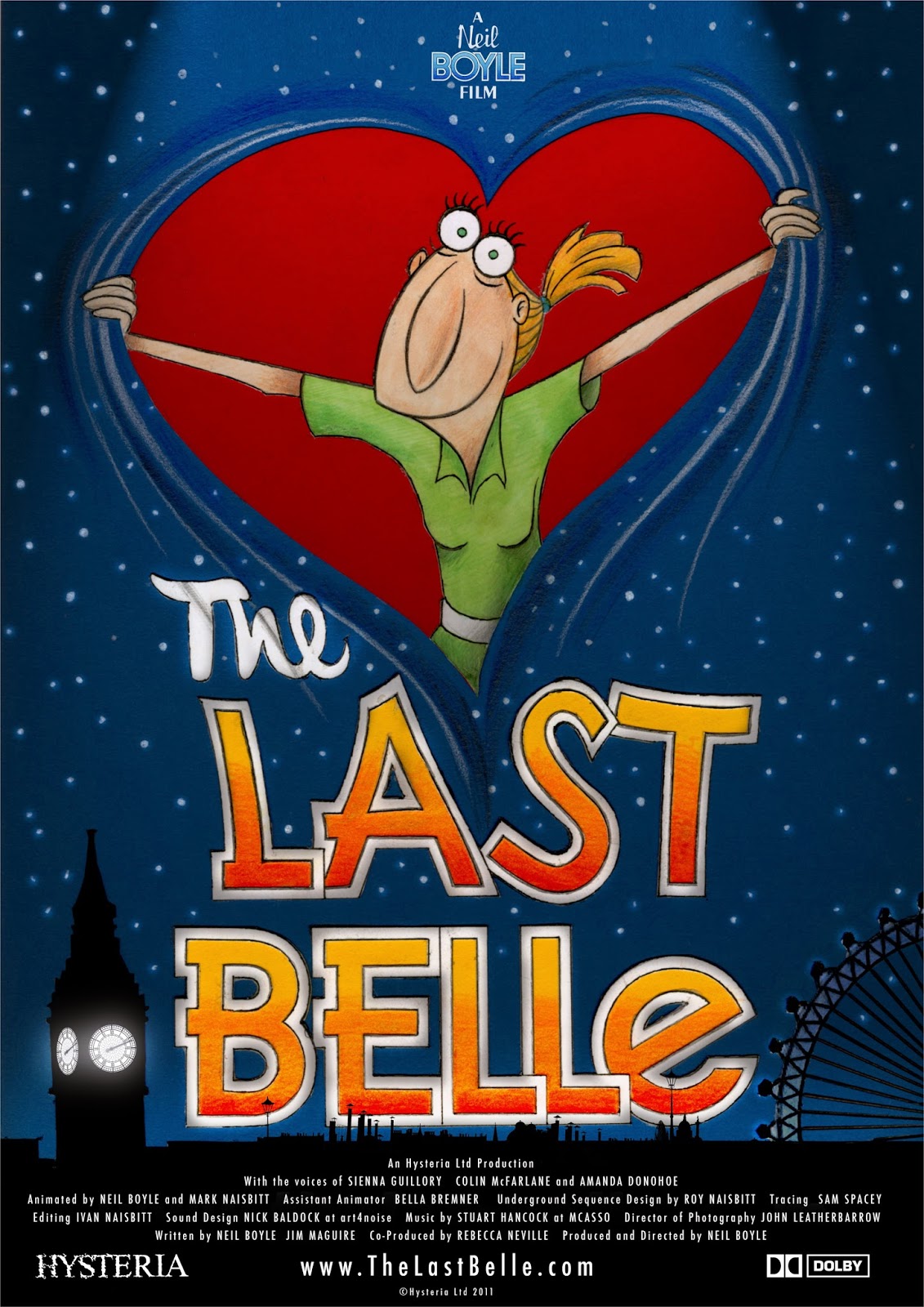 After dozens of festivals spanning two years and many countries, The Last Belle finally comes to YouTube!

Creating this film out of nothing has been something of an adventure: made with no money, countless years of work, no money, old-school technology, still no money, a great deal of love, and the loyalty of many hard-working craftspeople.

Click HERE to watch the whole film. Or via our Web Site  where you will find more info. And if you enjoy it please 'like' us, comment, or pass the link on to your friends.