﻿I am still hurtling toward the delivery date on my current job, so no time for Last Belle artwork excavations... but there is time for a little plug for 'Croc on the Rock', illustrated by my friend, and one-time animation assistant, Tanya Fenton. 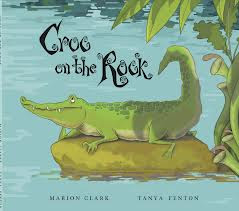 I have tremendous admiration for all illustrators, doubly so because I find illustration so difficult myself. I recently came across my old portfolio of artwork from my Foundation Course (here in the UK most art students do a one or two year 'Foundation Course' which covers all aspects of drawing, painting, sculpture, printmaking, and so on. The idea is you get a taster of everything before specialising in your chosen field). Leafing through all my old work I was intrigued to see that almost all my paintings and drawings were some kind of metamorphosis, or multiple image, or the same landscape view painted in half a dozen different weather conditions. I was entirely oblivious to the fact at the time, but clearly I felt discontented by a single image, and naturally tended toward change and movement and progression. Or to put it more simply, I was a frustrated animator-to-be. I wanted the images to move.

So for an illustrator to tell a story, summing up the moment into one fixed image, requires great skill. An animator friend of mine once had to draw up the character artwork for the front of a packet of breakfast cereal. He struggled for a whole day, unable to come up with a single pleasing pose. Out of frustration he decided to do some rough animation of the character jumping dramatically onto the front of the cereal packet... and in the process of feeling his way through the flow of movement he ended up with a really nice drawing that became the final image. It's a handy technique if you ever have a mental block (and an animator's brain) and it has bailed me out on a few occasions. ﻿It sounds long-winded to animate a whole 'shot' just to arrive at one drawing, but anything beats the misery of staring at sheets of blank white paper, gripping a pencil that doesn't want to be your friend that day... 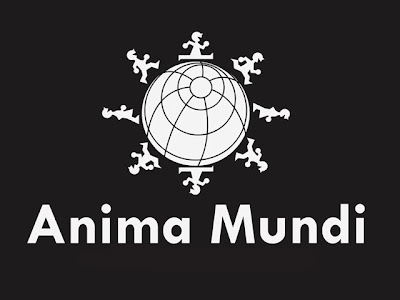 A quick reminder that The Last Belle will be making its Brazilian debut at the mighty Anima Mundi festival, Rio de Janeiro, on August 7th. Would love to make it there myself one day... For more details ﻿of the festival and the films click HERE!


And while I'm in festival mode, thanks to the people of the Maremetraggio International Short Film Festival who gave The Last Belle such a great reception. Writer Martina Farci, of Media Critica, wrote a nice article comparing and contrasting our film with the live-action film 'Cafe Regular, Cairo'. One film in live action, one in animation; one serious, one humorous; but she concludes that both "see in a different way what is most universal in the world: love." And another nice review from Letizia Rogolino, of News Cinema, who calls The Last Belle "a fun and topical masterpiece of animation..."

Thanks to everyone who has been so supportive!