I've still not had time to dive back into The Last Belle artwork mountain (more first thing in the New Year, honest)... so a last shameless plug for The Snowman and the Snowdog. Here's the app, developed by a nice bunch of people who came to visit us in the studio one day to see how the artwork for the film was put together. 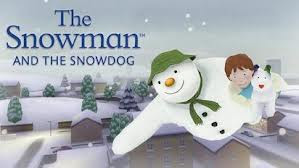 I think they've done a rather nice job. It's getting some good reviews, and my children certainly like it. It's gentle and kiddie-friendly, and it's fun to fly around the London skyline... 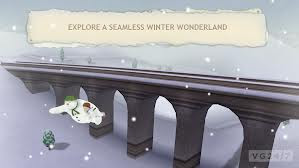 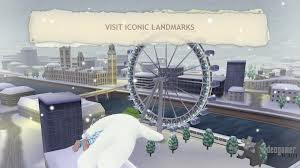 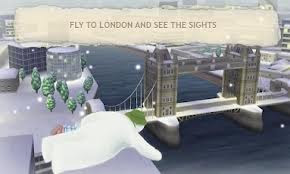 And best of all, it's free!

More on The Snowman...

We had the crew screening for 'The Snowman and the Snowdog' today, which was a huge event hosted by Channel 4 in aid of the Make-A-Wish Foundation charity (their website HERE will bring a lump to your throat - what a great charity). There was a huge crowd, a handful of celebs, and even some fake snow blowing outside. 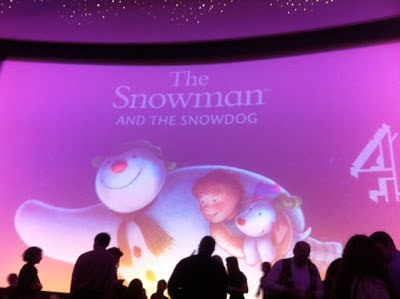 Full credit to Channel 4 for really getting behind this project and giving it a big push. Look, they've even put a giant flying Snowman outside their HQ building: 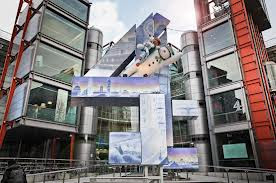 And a little explanation for those of you not based in the UK: there's a Christmas tradition of families running out to the shops before the Christmas holiday period to buy a magazine called the Radio Times, which lists all the TV programmes over a two week period right up to New Year. (It's such an old, established magazine that it retains it's title Radio Times from the days when there were nothing but radio programmes to list. Even when TV appeared on the scene and became firmly established they kept the old title.) When I was a little kid we only ever got the Radio Times at Christmas, and - in those days before VHS recorders, DVD players, or any kind of instant access to programmes and films - I would scrutinise it with great anticipation. Christmas would be the time to catch the TV premiere of a big James Bond movie, or one of the Disney classics.

The strange thing is, even though that's all a distant memory and we can access any filmed material we want, whenever we want, within a few months of it's cinema release (or even before it's cinema release, if any of you naughty, illegal types are reading this) the Radio Times is still something of a tradition, and to get on the cover is still hugely prestigious... So it's great to see this:

Like I say, it's great to see a traditionally animated short film getting such a promotional push. Let's hope there will be more projects like this to come...

The Snowman and the Snowdog 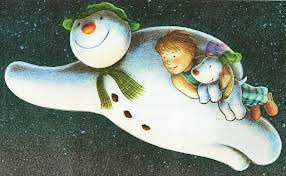 Earlier this year I got to spend six months working with a lovely animation crew on the 24 minute TV film 'The Snowman and the Snowdog'. As UK readers will recognise, this is the sequel to the original film 'The Snowman', based upon the picture book by Raymond Briggs. 'The Snowman' was first transmitted 30 years ago, and has been on TV every Christmas since - indeed it has become something of a cultural fixture to generation after generation.

To celebrate the 30th anniversary of the film (and Channel 4, which commissioned it) our sequel was put into production. It will be screening in the UK on Christmas Eve.

I'm not allowed to say any more until the film is released, but I will say that it was a lot of fun to work on, and it was great to be making a small contribution to something that will hopefully still be being watched by my children's children on Christmases yet to come..!
Posted by Neil Boyle at 14:44 2 comments: