I'm sad to have heard that Bob Godfrey - the man commonly referred to as The Godfather of British Animation - has died, aged 91. 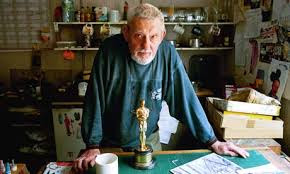 Years back I worked in an animation studio that could be reached only by climbing up a huge and winding staircase. On this particular day Bob was coming to visit us on a social call.

Now, I'd never met Bob before but I had grown up watching his animated TV shows and some of these shows were made with such tiny budgets that Bob would have to do all the voices on the soundtrack himself. So although I'd never met Bob I was very, very familiar with his distinctive voice. And it was this voice I could hear echoing faintly from the depths of the mighty staircase: Fifty-two... Fifty-three... Fifty-four... Fifty-five... Gradually the voice became a little louder: Eighty-six... Eighty-seven... Eighty-eight...

That was my introduction to Bob Godfrey.

Half an hour later we descended the same steps and walked down the street to the local pub, The Coach and Horses, (the regular watering hole of actor Richard Harris, another famous face no longer with us). Bob spent the afternoon spinning the most entertaining and hilarious tales I had ever heard: his adventures with The Beatles, what Orson Welles had said to him, what happened on the set of 1967's 'Casino Royale'. But he also talked with affection about the vast number of artists and eccentrics who had worked behind the scenes at his studio over the years. There seemed no end to the anecdotes. 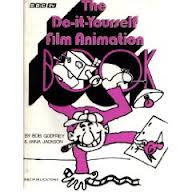 I still own my childhood copy of his book The Do It Yourself Film Animation Book, based upon his 1974 TV series. At the time this was one of the first books/shows explaining how animation was made, and Bob's infectious enthusiasm for simple and fast techniques that would appeal to kids must have inspired so many people now working professionally in the industry - myself included.

I'm so pleased to have had the chance to meet Bob.

Here are some interesting clips from that old TV show:

Exciting news! The Last Belle will be making it's debut in the southern hemisphere at the Byron Bay International Film Festival in Australia. 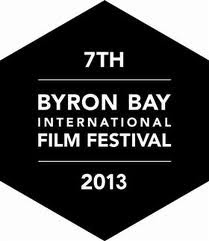 We will be screening on Friday March 8th. For more information visit the BBIFF web site HERE.
Posted by Neil Boyle at 14:13 4 comments:

Last year we were delighted to win the Grand Prize for Best Animated Film at the Rhode Island International Film Festival.

The Last Belle will now take part in the 'Encore Film Series' which presents some of the best films screened at the 2012 festival. The screening takes place at the Jamestown Arts Center in Jamestown on February 21st and you can read more about the films being screened HERE and find the Jamestown venue HERE