It's so incredibly sad to say goodbye to my friend and colleague Roy Naisbitt, who died last week, just short of his 91st birthday. 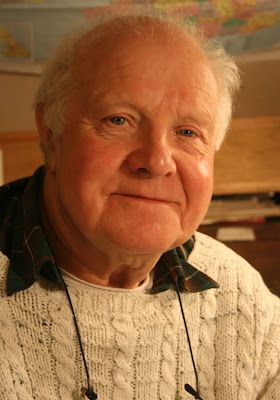 Roy was such a huge part of The Last Belle, and there are many posts on this blog detailing his work on the film. But aside from his magnificent work on screen, he also supported me in so many ways during the making of the film. I would visit his house weekly, where he had kindly set up my video line-test equipment, doing a wonderful carpentry job in the process (readers of this blog will know that Roy trained as a carpenter in his youth). We would sit up in his studio attic, he'd put on an old jazz gramophone record (forgotten treasures salvaged from charity shops, for a pound each usually) and get to work drawing and talking and shooting line tests. It was a tremendously happy time, and an absolute privilege. 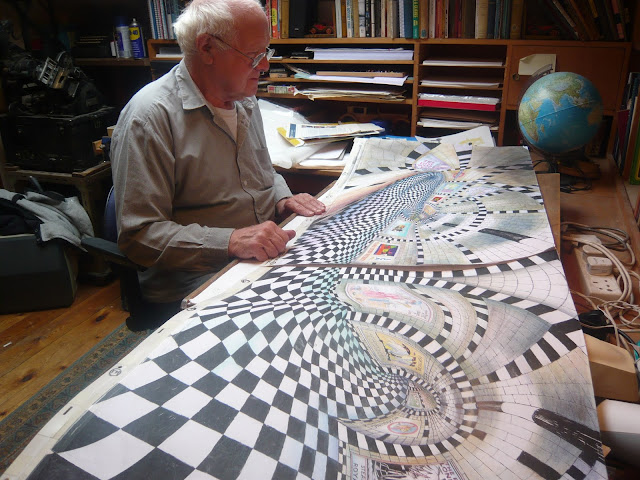 I have known Roy for 37 years, and cannot begin to say just how much I have tried to learn from him... how to approach a problem, how to do the research, how to get through an artistic 'block', when to follow rules and when to break them... endless stuff, learnt from an absolute Master.  But the best example he set us all was in keeping his good humour when the pressure was on, staying absolutely calm, and always... always... being pleasant and encouraging to the people around him. Roy loved all people, and would strike up a conversation with anyone, making no distinction between the Chairman of  a vast Hollywood company, and the person who was employed to empty the Chairman's bins.

So it is no surprise to me that there has been such an outpouring of affection across social media, since the news broke. Roy gifted the world with his absolutely unique vision, but for those of us lucky enough to know him, he was simply the nicest and kindest man.