For those of you visiting this blog and finding nothing new over the past couple of months: apologies! I've been having a very busy time putting a commercial animated project to bed. And more recently, I've been having an even busier time lounging around﻿ eating and drinking far too much over Christmas. You know how it is...

But before my festive gorging, I was at work on my latest project and found myself explaining to a visiting work-experience student about the animatic process. Most of you reading this will know what an animatic is, but for those who don't: an animatic is a filmed storyboard, often cut together with sound effects, and even possibly music, which gives a broad idea of how the sequence is (or isn't) working, prior to it going into the animation process. In the old days at Disney's they called it a Leica Reel (because it was shot on an old Leica film camera); some people in commercials refer to it as a Boardomatic; some feature productions call it a Story Reel. Whatever you call it, it's basically the same idea: lets see how the sequence is flowing before we animate it.

Sometimes these animatics can be drawn pretty crudely, and timed out in a very basic way, and they'll still give a reasonable idea of what is working, and what isn't. But in my years working at the Richard Williams studio I saw some pretty elaborately drawn animatics that really nailed down all the details of how a sequence was to be designed and played out.

( I can't find the final commercial online, but HERE'S a similar Williams Studio Frosties ad from the same period )

These animatics allowed the commercial's clients to see the things you would expect from this process - like the staging, composition, and editing - but the more elaborate the animatics became the more they gave indications of final character design, final colour design and character performance. This gave the (often very un-visual) clients and agency staff a chance to approve the work, or suggest their changes, before the elaborate and expensive animation work began. And the more drawings that were produced for each shot the more the director could control - and keep graphically consistent - the final animation that might go on to be produced by several different hands. The downside to this degree of animatic detail is that creatively it tends to tie the hands of each animator afterwards; but the upside is consistency and overall choreography in the final film.

Personally, I quite like working this way. I figured out all the dialogue sequences on The Last Belle by doing full colour animatic drawings beforehand. The drawings were timed out to fit the pre-recorded dialogue and gave me a good idea of where each sequence was heading.

Once the sequence seemed to be playing out well with maybe one drawing for every one or two seconds of screentime (sometimes more, sometimes less) then I'd trace the animatic drawings off onto animation paper with light blue col-erase pencil, number them with the approximate frame numbers (based on their timing in the animatic), and then begin to try and find the most interesting way to move between these 'fence post' positions. 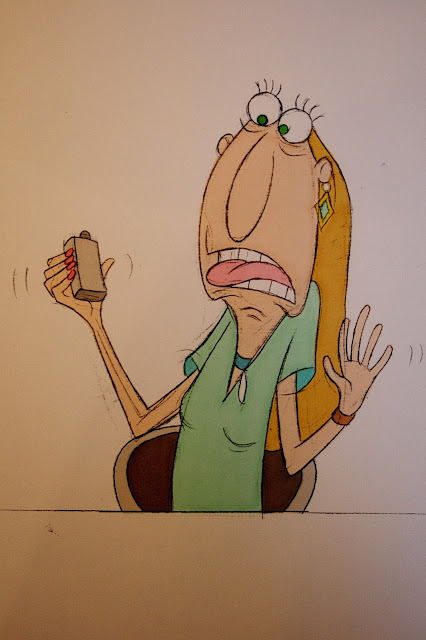 I find this an amazingly stress-free way of working. You know your basic poses (the animatic poses) are already beginning to tell the story, so you're free to put on your animator's hat and just enjoy the process of building the believability and fluidity of the performance. You've already done so much thinking in the animatic process that the animation itself becomes fun. In a way, this process allows you to seperate your Director's brain (the macro - overview -  bit) from your Animator's brain (the micro - detail  - bit). So, in my opinion, if you're making your own short film and largely working alone, this is probably a pretty good way of keeping a handle on things and keeping your perspective. Not to mention your sanity.


It's interesting to see how this process has, over the past few years, spilled over to the live action side of the film industry, with 3D pre-visualisation of special effects and stunt sequences becoming the norm. In fact, the blurring and blending between animation and live action processes is now so extensive (both in the planning of the film and the final manipulation of  its imagery) that I begin to wonder if the separate categories we now have during the film awards season - Best Live Action Film, Best Animated Film - will eventually become impossible to define.